Glad to be on it together.

Colleen's compassionate living philosophy is propelling plant-based eating into the mainstream and forever changing how we regard animals.

A recognized expert and thought leader on the culinary, social, ethical, and practical aspects of living compassionately and healthfully, Colleen Patrick-Goudreau is an award-winning author of seven books, including the bestselling The Joy of Vegan Baking, The Vegan Table, Color Me Vegan, Vegan’s Daily Companion, On Being Vegan, and The 30-Day Vegan Challenge. She is an acclaimed speaker and beloved host of the inspiring podcast, “Food for Thought,” which was voted Favorite Podcast by VegNews magazine readers several years in a row. She launched a spin-off podcast called Animalogy in 2017. Along with fellow advocates, she recently formed a political action committee called East Bay Animal PAC to work with government officials on animal issues in the San Francisco Bay Area.

Colleen shares her message of compassion and wellness on national and regional TV and radio programs, including on monthly segment on Good Day Sacramento and as a monthly contributor on National Public Radio (KQED). She has appeared on the Food Network, CBS, PBS, and FOX; interviews with her have been featured on NPR, Huffington Post, U.S. News and World Report; and her recipes have been featured on Epicurious.com and Oprah.com.

Colleen lives in Oakland, CA with her husband David and two cats, Charlie and Michiko.

The secret to making this transition is replacing old habits with new ones. With my help, by the end of the 30 days, you'll have a strong foundation on which to stand and build upon. 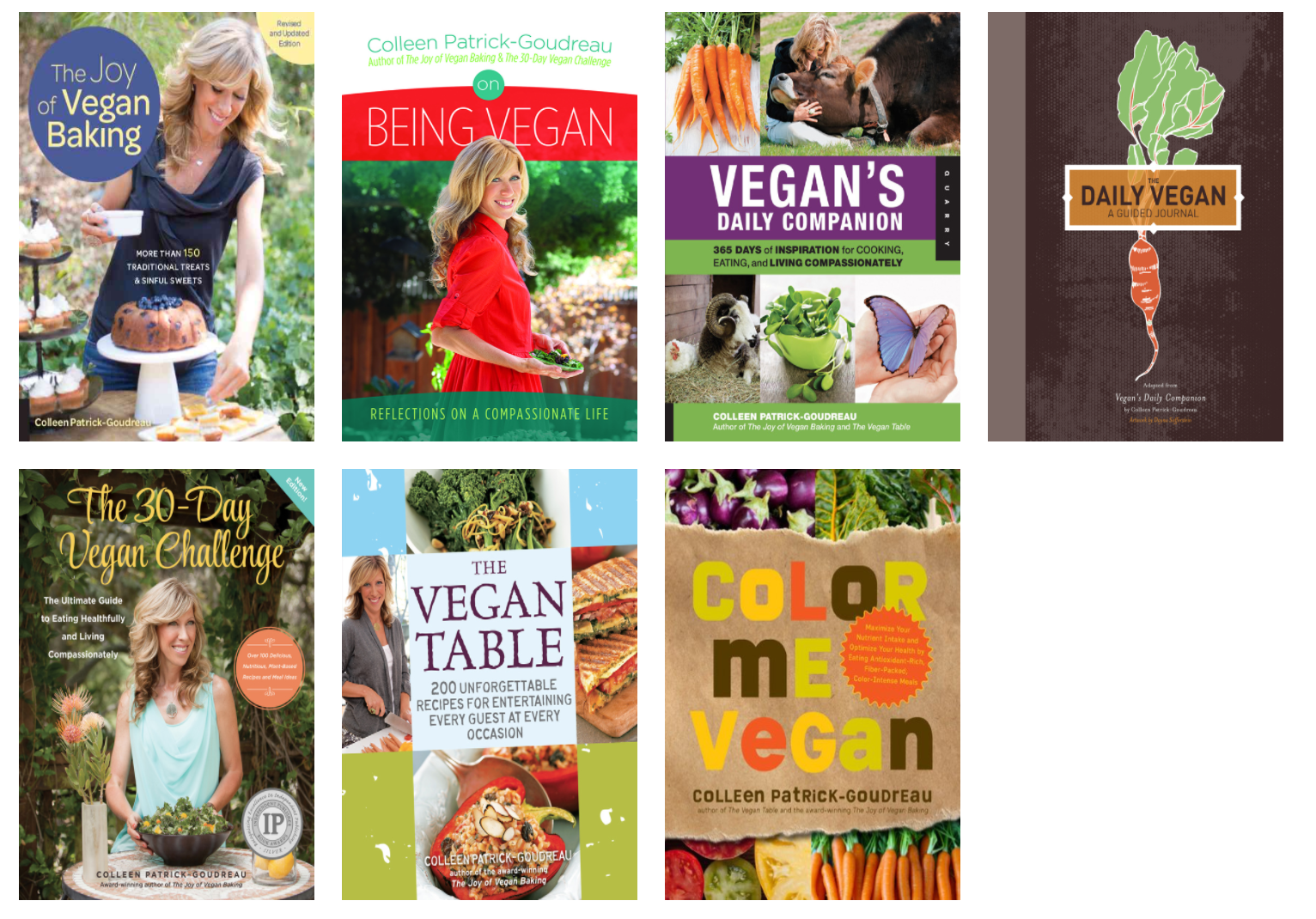